A lovely afternoon pottering in the rain. 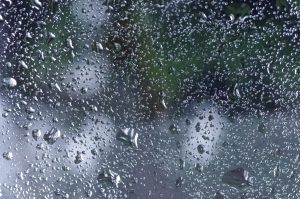 Since the greenhouse went up in January, the busy pace of life has meant that I’ve not had a great deal of time to spend pottering in it as yet and I’ve been longing for this half-term to arrive to free me up to get my hands dirty. While the rain may have kept me from some of the other garden tasks I have on the to-do list, it was the perfect reason to spend the day under glass sorting through my seeds and starting to think about next year!

I always feel cosy when sat at a window looking out at the rain beyond – it reminds me of being picked up from school when I was young and warming up in the car while watching the raindrops distort the outside world on the drive home – and that was true today as well. With the heater running and the cats roaming around at my feet, the greenhouse felt like my own little quiet escape from the last few busy weeks. 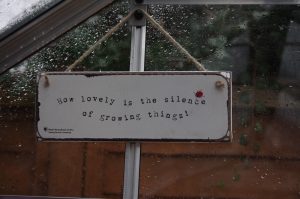 The majority of the morning was spent getting organised, from sorting through last year’s seeds to get rid of any that hadn’t kept well to washing out seed trays and labels ready for today’s sewing. As I sorted, I wished that I’d kept much more detailed notes for myself of how the different varieties of seed faired last year and the conditions that I grew them in as I know that some of my sewing was a complete disaster – especially my tomatoes which I ended up buying as plants when my own seedlings didn’t come to much   I am resolved to be more organised this year and keep better records. I also found myself making a mental wish list of other seeds that I don’t own but would like to try my hand at growing and have penciled in some time later in the week to indulge in some seed catalogue browsing to extend my supply.

For today’s first trays I settled on some tomatoes. They seem a fitting first as it is the scent of freshly watered tomatoes in the greenhouse that is most evocative of my families’ gardens at home. I’m growing Shirley, a reliable favourite that my parents and grandparents returned to year after year so one I feel fairly confident will be a good starter for me, and Indigo Cherry Drop, a darker skinned tomato to bring something new to my salads. I will also grow some cherry tomatoes and am hoping for a mix of colours there too but will start them off in the coming weeks. 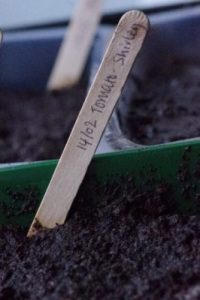 In addition to the tomatoes I’ve sown some aubergine, I chose Black Beauty as it’s a reportedly reliable one and I’ve not grown them before. I also started off some Snapdragons and Delphiniums to start to populate the flowerbeds.

I’ve got lots of sweet pea seeds to sew too but overlooked the packet instructions to soak them overnight first so they will have to wait until tomorrow. Just lifting the seed packets out of the tin and remembering the delicious scent of them in the garden last year has got me excited for the summer. I only had one batch of them last year and I was lax about my deadheading so I didn’t have as long a show of them as I would like. Hopefully this year I can rectify that so their lovely pastel flowers and summery scent fill the garden for a much longer spell. 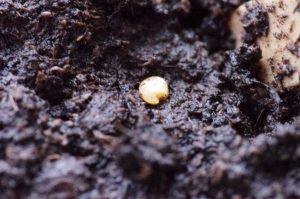 I watched an Alys Fowler video on sewing seeds before I began and she advocated soaking your seed trays in the sink rather than watering from above so as to avoid dislodging the seeds so I’ve given that a go. Hopefully it’ll mean that I’ve got lots of lovely rows of seedlings ready to prick out and plant on but I’ll keep you posted on that front.

I’ve also sought to channel my Granny’s waste not want not approach and while I have a seed tray I have used for the veg. as it’s wider and was more conducive to sewing rows of different seed, I’ve opted to reuse some old food containers as sewing trays for the flowers. Given that one of the reasons I’m keen to grow my own fruit and veg is to minimize the environmental impact of buying plastic wrapped produce from the supermarket that’s been flown from across the world to get to my plate, it seemed like starting with some reusing was a good plan. It does, however, mean my pictures will take a hit as my seedlings will not all appear in beautifully uniform trays and pots but I trust you’ll forgive the aesthetics! 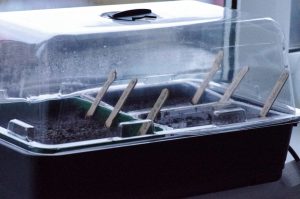 For now, they are tucked into the propagator and settled on the bedroom window to enjoy the sun and the heat. While I have a heater for the greenhouse, running the paraffin for three small trays seems like a poor use of energy so they will remain indoors for now and move out in time. Having them on the bedroom window also means that each morning I can check in and see how they are coming along as I open the curtains, adding a little excitement to the start of each day in the coming weeks!

I hope you are enjoying thinking about what your first seeds will be, or perhaps you’re well ahead of the curve and have lots on the go already. If you’ve any tips or suggestions either for successful germination or for good varieties of veg to grow from seed do let me know below!

2 thoughts on “Let the Growing Begin”